Kids and Teens are welcome to come and make a no-bake “Dirt Dessert”. Registration is suggested for this event. All supplies will be provided!

Lepper Library and the Ohio Valley YMCA of East Liverpool are partnering to offer local students, grades K – 8, free homework help. This is free for all of the community. Please bring homework and any additional material needed to complete your work, such as books or worksheets to the Library.

Each storytime includes age appropriate stories, crafts, rhymes, and more for children ages 5 and under.

Try the Guessing Jar in the Children’s Room

February’s is Bubble Gum in honor of National Bubble Gum Day, February 3rd. Winner will receive the jar of bubble gum and the book Pop! The Invention of Bubble Gum by Meghan McCarthy 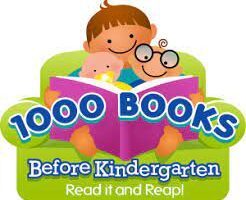 This is a great way to read with your preschooler and start your child loving books. We will give you the sheets to keep track of the titles as they are being read. Even if you read the same book more than once it counts. Show us the sheets as they are being completed. There is a measuring chart at the library in the children’s room that tracks your child’s progress. Watch as your child’s name climbs after each sheet of 100 is recorded and they’re progress moves up towards the 1000 books goal. Once completed they will receive a free book of their choice. For more information stop by the library.

This is a great way to keep children interested in books, all books read or read to count.  At each level they get a token and surprises at the end!  Sign up with the Youth Librarian. 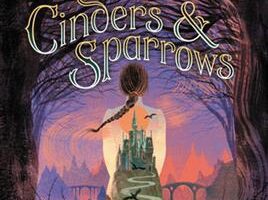 In a witch’s house, nothing is as it seems. When a scarecrow climbs over the garden wall, delivering twelve-year-old orphan Zita Brydgeborn a letter saying she has inherited a distant castle, she jumps at the chance of adventure. But little does she know that she is about to be thrust into a centuries-old battle between good and evil. Blackbird Castle was once home to a powerful dynasty of witches, all of them now dead under mysterious circumstances. All but Zita. And Zita, unfortuntely, doesn’t know the first thing about being a witch. As she begins lessons in charms and spells with her guardian, Mrs. Cantanker, Zita makes new allies – a crow, a talking marble head, two castle servants just her age named Bram and Minnifer, and the silent ghost of a green-eyed girl. But who is friend and who is foe? Zita must race to untangle her past and find the magic to save the home she’s always hoped for. Because whatever claimed the souls of her family is now after her.

Secrets of Bearhaven by K.E. Rocha

When Spencer Plain’s uncle pulls him out of school, and they find themselves being chased by a strange car, Spencer does not know what is going on–but soon he is rescued from the woods by a bear, and taken to Bearhaven, a secret refuge his parents created, filled with bears who can talk, where, desperate to find his parents, he and a bear cub named Kate decide to take matters into their own hands. 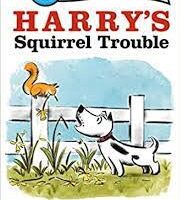 “The neighborhood squirrel is causing big trouble for Harry. What can Harry do?”–Back cover.

We offer 6 public computers with Internet access and the Microsoft Office Suite. Patrons can print to a Black and White or Color Printer. Free Wi-Fi is also available.